Hello! Perhaps you've stumbled across this blog in your searching.. well, if you're looking for anything by Lee Rosevere or something on the Happy Puppy label, please be aware that our original domain home was retired by shaw.ca So now you can find everything at http://happypuppyrecords.ca Currently it points to our FMA page, which you can find nearly everything that was released on Happy Puppy. Have a nice day! And please ignore any links that point to our old members.shaw.ca pages - they won't work.
Posted by Happy Puppy Records at 5:50 PM

our 6 month check in

What's been going? Lots! Really, you should visit our new domain happypuppyrecords.ca for all the latest as it happens. Here's quick rundown of what we've released in the last 6 months:

Unthunk - Your Body is Temple (single)

And much more to come! Visit our new domain happypuppyrecords.ca or follow us on twitter for everything.

Posted by Happy Puppy Records at 10:46 AM

End of the year..

We're wrapping up operations for the end of the year.. going to take a break in December, but meanwhile here's what we've been up to since October...

The other debut group is Fire To The Stars! This six-piece band features members from Melbourne and Stockholm and the two-track single Keep You Safe is recommended for fans of shoegaze/alternative dream-pop-ambient.

It's not exactly easy-listening, but it is very rewarding: Peter DiPhillips returns to Happy Puppy with his third outing for us.. this time, a concept album based on his Irish ancestors during The Great Famine.

Happy holidays! Thanks for visiting the site and we hope you enjoyed a little of the music we released this year. See you in 2014. 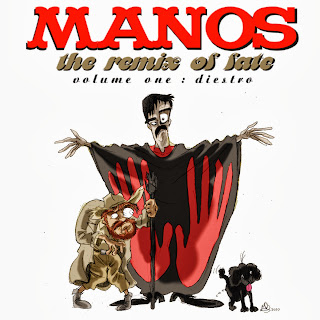 Well, here it is! Volume 1 of MANOS: The Remix of Fate!

Back in June I discovered that in addition to the film Manos: The Hands of Fate being remastered in hi-def for DVD and Blu-Ray, the soundtrack to the cult-classic bad film was also released on Bandcamp, and licensed under CC-BY-NC. So the call for remixes was issued, and this compilation is the result.

This has been fantastic to put together, and I couldn't have done it without the generous help of Marc Weidenbaum of disquiet.com and everyone who contributed something from the Junto Soundcloud community, run by Marc.

Also major thanks for support from the fine people at the Free Music Archive for help getting the word out!

Please visit the artists pages and support them however you can. Due to the large number of entries, we've split everything up into two separate volumes - the second will be released next week on October 29th.

The return of Uncle Neptune! 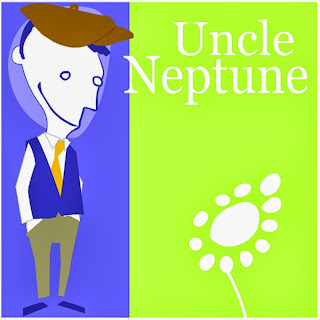 It is with great pleasure that Happy Puppy announces the return of Uncle Neptune!

Yes, after a long 7 year absence from being available online, Happy Puppy is re-issuing the first Uncle Neptune album with the permission of the Uncle Neptune estate.

After releasing his first album in 2001, Uncle Neppy received some notable national attention thanks to Richardson's Roundup on CBC Radio One, and then in 2005 the world found out about the wonderful music thanks to a mention on the popular site boingboing.net.

Uncle Neptune retired from the internet in 2006, never to be heard from since. We thought this was a terrible shame that nearly a generation of internet users never got to hear any of his delightful and timeless songs (save for one track appearing on a Kazoomzoom compilation).

But recently Lee Rosevere at Happy Puppy tracked down sources close to Uncle Neptune (thanks Billyblob!) and we are preparing to release as much as Neptune's music as possible, beginning with his debut album.

Please enjoy this music and share it with your friends, and if you do, it would make the world a better place if you would visit Jamie Ward's bandcamp page and support him and his current projects - and it would make Uncle Neptune very happy. 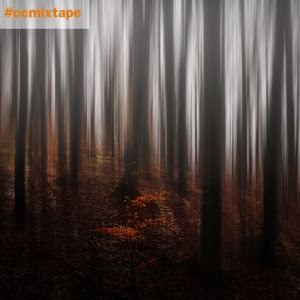 Our second #CCmixtape is out! It's all about the changing of the season, as autumn officially starts today (Sunday) at 1:44pm pst. Once again, this mix features BY-NC Creative Commons music accompanied by autumnal readings from the librivox site. 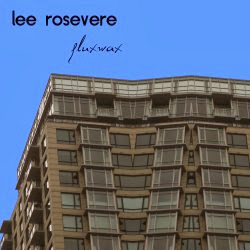 Happy September! We wanted to let you know that Lee's album Fluxwax, originally released for sale in 2010 is now available for free. Fill your boots! 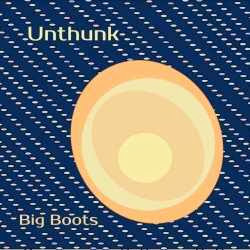 And speaking of boots! Brand new music from a brand new band: Unthunk is the latest to join the HP roster, we're very pleased to release their debut single to the world. Please enjoy these two songs, as the leader of the band is currently working on new music that is expected to be released on Happy Puppy in the near future.

Posted by Happy Puppy Records at 11:00 AM 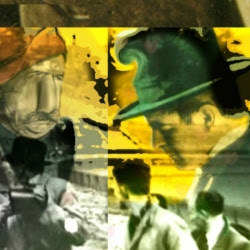 It's been two years since his last release on our netlabel, but we're pleased to present a new mini-LP from Cagey House. It's a little different from last time, but extremely engaging and accesibly experimental.

Well, there's a first for everything! Our thanks to radio station CFRC at Queen's University in Kingston for spinning Lee's album Time-Lapse Vol.2 enough times that it landed in the top 10 electronic charts for two weeks.. thanks CFRC! (who wants some screen shots?)

And we're very pleased to learn that Lee's track "Eileen" was used in a documentary about mining the moon on ABC radio! It's available as a free podcast download.

Posted by Happy Puppy Records at 10:22 AM